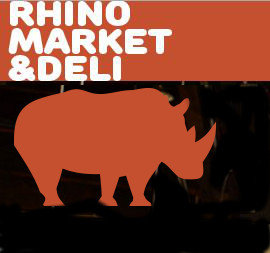 “Rhino Market will include two 9-foot windows along Church Street that will open like garage doors, allowing for seating to overlook the streetscape. There will be additional areas for seating, a bar and groceries.” says Ashley Fahey Staff Writer Charlotte Business Journal. Rob Rondelez, Rhino Market and Deli owner said “We’re looking forward bringing great food and a fantastic wine and beer selection to Third Ward,” “Rhino is the perfect example of a true urban concept. You can go there for breakfast, lunch, happy hour and everything in between.”” said Adam Williams, of Legacy Real Estate Advisors, in a statement.

Legacy Real Estate Advisors, LLC in honored to bring these two entities together and to be a part of the growth of Charlotte businesses over the past decade and into the future of our ever expanding city. 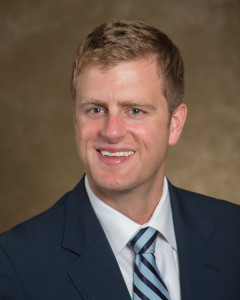 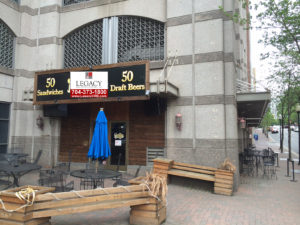 Kevin Devin, Tommy Timmins, Maynard Goble currently operate Connolly’s Irish Pub, Prohibition, Dandelion Market uptown, Tyber Creek in South End and The Workmen’s Friend in Plaza Midwood. Andrew Curry, general manager at Tiber Creek,  joins this group and will be the owner-operator of the new establishment. The group is keeping details close to the vest, but says the space will be primarily a bar with a focus on high quality food service. “It’s going to bring a bit of life to that side of town,” Curry says.  His partner Kevin Devin  told Jennifer Thomas of the Charlotte Business Journal: “We’ve got some really cool plans to turn it into a bar-restaurant concept.”

Adam Williams and David Tschirhart, along with their partners and brokers at Legacy Real Estate Advisors, LLC  are excited to be instrumental Charlotte’s evolution from a small city to an international business, cultural and financial hub. Both focus on retail-restaurant representation and are co-founders of the popular Charlotte blog, www.restauranttraffic.com.

Legacy Commercial Real Estate Advisors is dedicated to providing the best commercial real estate services to both owners and users of all varieties of properties in Charlotte, as well as throughout North and South Carolina. Call 1-704-373-1800 today to let us help with all your brokerage needs.

RedEye Diner is now dishing up comfort food 24 hours a day, seven days a week at its new home in the EpiCentre.
The design captures the feel of an old-school diner, complete with brightly-colored booths, neon signs and plenty of glass and stainless steel accents. 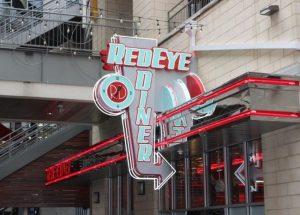 Legacy Real Estate’s Adam Williams has been brokering leases and sales for many of Charlotte’s finest restaurants and sees South End Charlotte neighborhood as the place to be. Publix and Anthropology are joining the likes of Office Depot, Luna’s Living Kitchen and Lowes striving to make its mark with a new generation of live/work/play minded millennials in Charlotte. South End has gone from a neighborhood of apartment complexes, breweries, furnishing and design stores to a vibrant restaurant and retail hotspot. The prime location on the outskirts of Uptown and on the edge of historic Dilworth gives the South End a unique neighborhood feel within a metropolitan setting. South End is striving to make its mark with a new generation of live/work/play minded millennials which combines walkability, population and business density as well as availability of mass transit. Adam Williams of Legacy Real Estate Advisors, LLC says “..as Charlotte’s renaissance continues, the focus on residential, retail and hospitality development will establish South End as a prominent, neighborhood for residents and retailers alike.”
South End is home to over 66 of Charlotte’s most popular restaurants and bars including Nan & Byrons, Prices Chicken Coop, Mac’s Speed Shop, The Liberty, Tupelo Honey, Big Bens, and exciting newcomers Seoul Food and Futo Buta. The diversity and quality of offerings available provides the eclectic feel that urban young professionals desire.
Read the complete Charlotte Agenda article at Charlotte Agenda 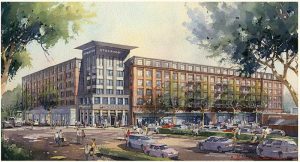